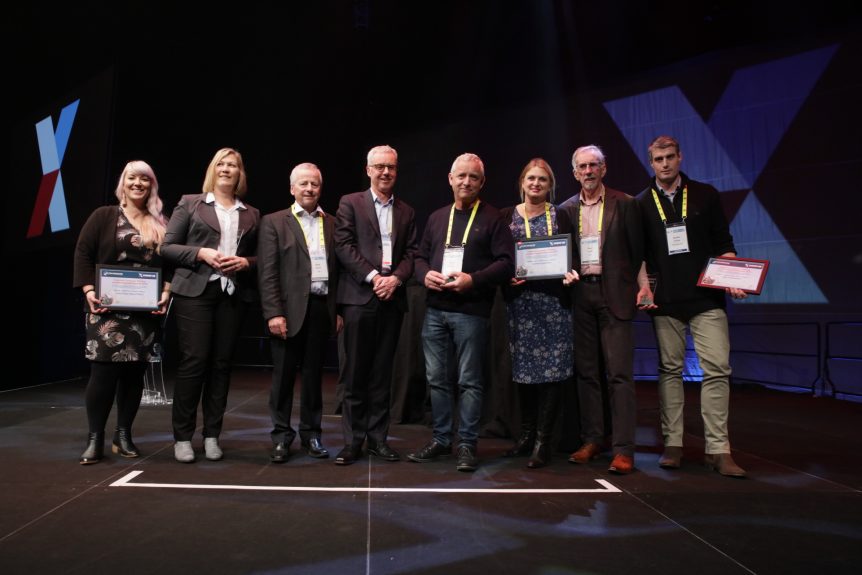 A Christchurch construction manager responsible for two company divisions, an Auckland roading foreman heading multiple teams at 23, and contractors from the Bay of Plenty, Canterbury and the Waikato received leadership and development awards today at the Z People Awards and Connexis Training Development Awards, held at the Civil Contractors New Zealand Conference in Hamilton.

“New Zealand needs to develop its future workforce. Companies like Isaac that invest in developing people and training processes will reap the rewards of investing in their people and capabilities.”

Quintin Rolston took out the Emerging Leader award at the Z People Awards for his role in managing the Construction and Traffic Management divisions at Christchurch’s Isaac Construction.

Ten people were shortlisted for the award, which celebrates outstanding leadership in people aged 30 years and under. The runners-up were Kaikoura-based engineer Olga Joensuu, 30, originally from Finland but now managing earthquake recovery with Brian Perry Civil, and Gareth Bruce, 29, who is Queenstown and Commercial Manager for Faulks Investments.

The Z Training Development Award is open to individuals under the age of 25 who have made the most of the opportunities available to them to forge a career in the civil trades. This year’s Training Development Award went to Jake Alderson, who has been working with Higgins roading crews since he was 16. At age 23, Mr Alderson is Foreman for several roading crews in the Auckland region.

“It’s great to see young leaders stepping up to make their mark, people who can rise to the challenge and achieve fantastic results. It’s important not just for employers, but for communities.”

Connexis is the Infrastructure Industry Training Organisation (ITO) and provides employers with tools to attract and train infrastructure staff. Chief Executive Peter Benfell said it was important to identify and celebrate employers and employees demonstrating commitment to excellence in training and development.

“Connexis is proud to support the CCNZ awards. We need to take every opportunity we can to promote people and companies who foster outstanding leadership and training in the civil trades.”

The CCNZ Z People Awards and Connexis Company Training Awards were presented at the Z Luncheon, which was held on 3 August at Claudelands Event Centre.