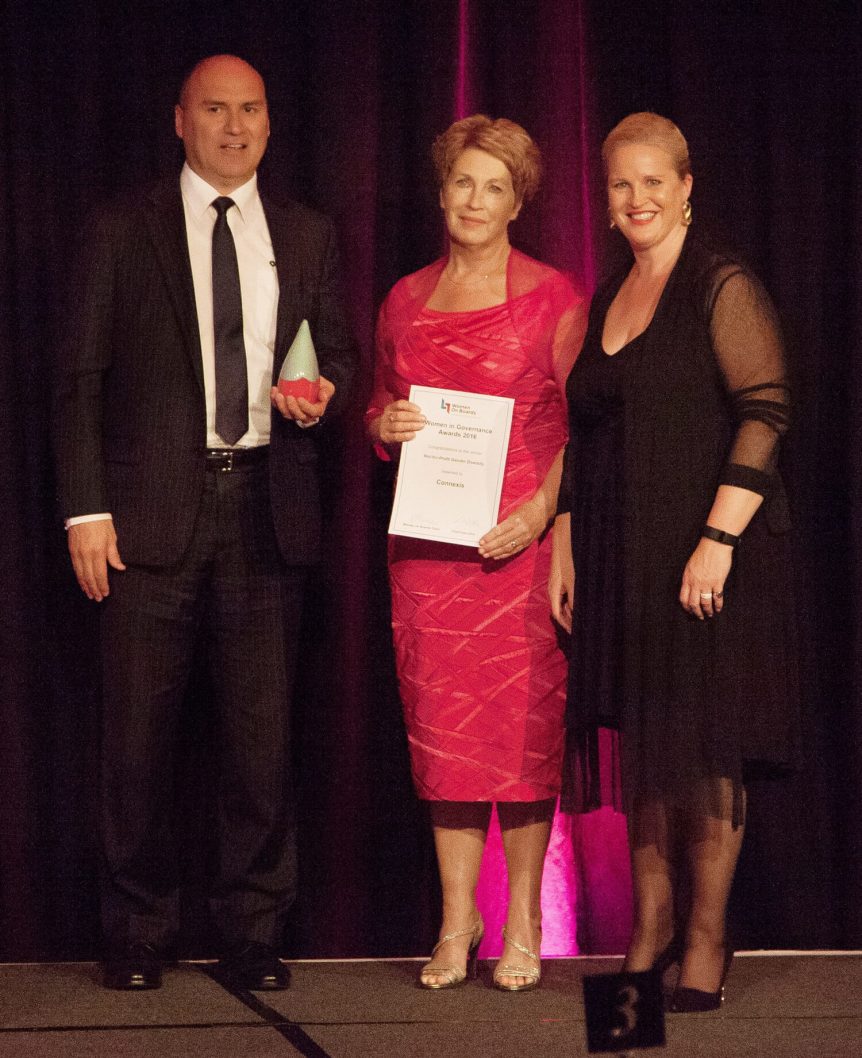 Connexis is leading the way with its strategies around creating a more gender diverse workplace in New Zealand’s infrastructure industries.

Connexis has been working to attract more women into trade and technical roles within New Zealand’s infrastructure industry in a bid to fill a large void in the workforce. These strategies have been led by Connexis Board Chair Frances Hague, who since 2010 supported by her all male Board, has worked to gain buy-in from the Chief Executives and key decision makers in Electricity Supply Companies, to address the under representation of females within their industry in an initiative called ‘Ultimit’.

In 2015 the initiatives run through Ultimit were rolled out wider beyond just the Electricity Supply arena to all the industries Connexis services, including Civil Infrastructure, 3 Waters and Telecommunications.

As a result the Connexis strategies have been instrumental in changing the mindset of a significant number of large companies within the industry about the value women bring to non-traditional trade and technical roles, resulting in a whole of industry movement towards the active recruitment of women.

Frances’ work with Connexis was recognised at the recent Women in Governance Awards 2016 where she was awarded the Inclusive Leader – Gender Champion award. This accolade recognises a woman who has made a remarkable contribution to championing gender balance and equality of opportunity in her organisation. It recognises the vision, leadership and enduring commitment to support, and mentor female talent resulting in a lasting culture change.

Frances says, “It has been an enormously rewarding challenge and privilege to establish and lead this initiative for the wider infrastructure sector. As Chair of Connexis I have had a very real opportunity to influence businesses to embrace diversity at the highest level in the infrastructure sector. I see myself as having had to work consistently and with relentless commitment for inclusiveness and diversity in a male dominated business community. I will continue to focus on this initiative as I have the fundamental belief that women should have the opportunity for career choices irrespective of their gender.”

Connexis also won the Not-for-Profit Gender Diversity award at last week’s awards, which recognises an organisation that has put in place programmes, initiatives or strategies that are effecting change at an organisational and cultural level to create a more gender diverse workplace.

A key initiative is Girls with Hi-Vis, which encourages Infrastructure companies to open their doors for a day and allow women to gain insight into the industry and careers available to them.  Another annual activity is the Women in Infrastructure awards, which brings together key decision makers in the industry to challenge increased activity to addressing the gender imbalance.

Connexis CEO Helmut Modlik says, “Diversity is a key focus for Connexis – both in terms of the industries we serve and within our own organisation. Over the last five years, our Ultimit initiative has made great inroads in increasing female participation in the infrastructure industries.“I would like to thank the Women in Governance Awards for recognising our achievements and giving us the opportunity to share our story. We are in great company with the other finalists – their calibre is testament to the fact that New Zealand is becoming a world-leader in promoting diversity.”

Find out more about Ultimit
Visit our Women in Infrastructure page.