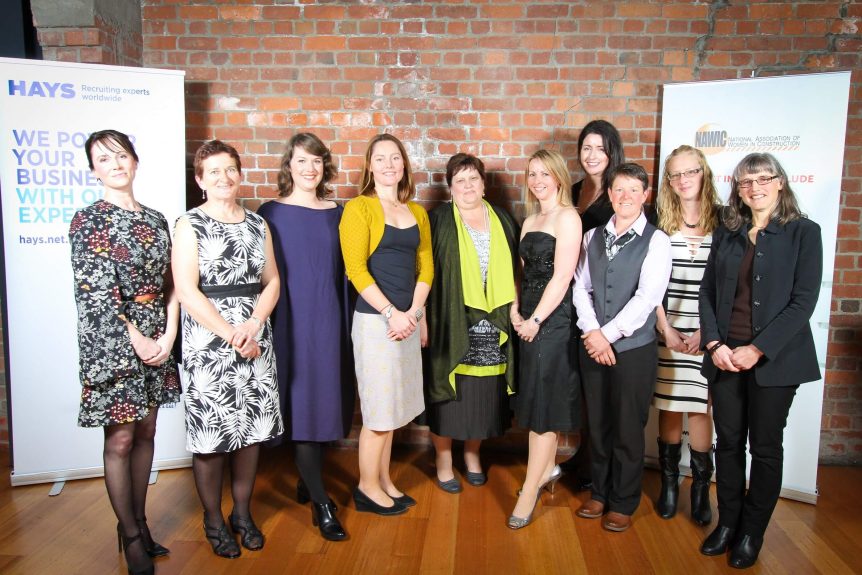 An amazing rollercoaster ride that has resulted in a promotion is how Natalie Thornton describes her experience of winning last year’s Hays NAWIC (National Association of Women in Construction) Excellence Award for the student/apprentice category.

Natalie encourages women considering entering this year’s Hays NAWIC Excellence Awards to just “go for it and be proud of your achievements”.

Entries for the 2017 Hays NAWIC Excellence Awards are open until 5 June 2017, with the awards being held at the Aotea Centre in Auckland on 18 August.

Since winning the award, Natalie has completed her apprenticeship and is now operations manager and foreman on larger construction sites.

“At times, it still doesn’t feel real. I remember finding out I was off to the awards in Wellington and feeling nerves, panic and excitement all at once.

“After winning the award I was left with an intense feeling of achievement and accomplishment.”

“For me the success of this award is about participation and the opportunities to help each other achieve our goals.

“The awards highlight a variety of role models by profiling and recognising otherwise invisible women contributing at all levels which increases the diversity of our industry and ultimately the entire New Zealand economy.”

Lynne Makepeace, joint winner of last year’s Professional Woman of the Year Award, says winning the award increased her confidence and made her realise that she is actually good at her job and well-respected in the industry.

“It reinforced what people had told me in the past but I had never really believed it as I viewed it as “just doing my job”.”

Lynne says the experience of entering the awards provides an opportunity to reflect on career highlights.

“Take the plunge and enter, it is not until you sit down to write your submission that you will realise exactly how much you have achieved in your career and how far you have come.”

The awards have six categories which cover a wide range of roles across the industry. The categories are: