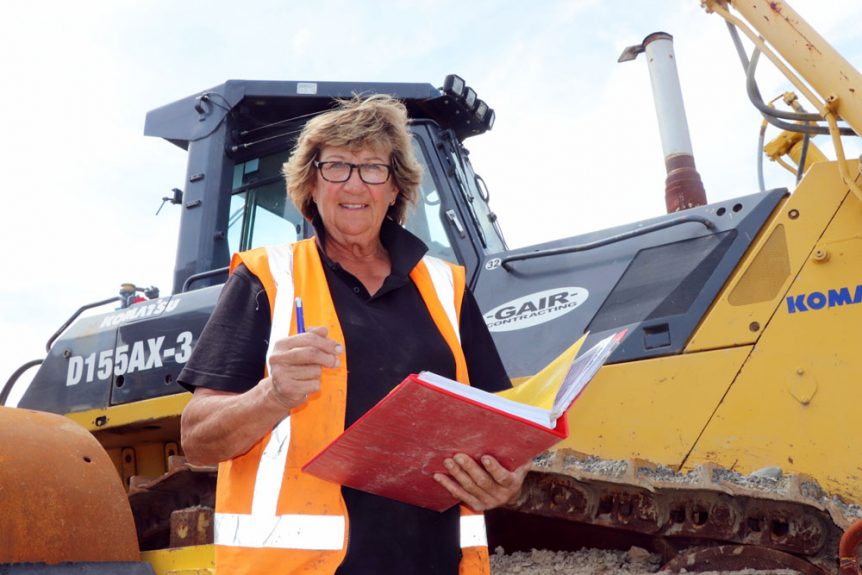 Pearl Jury is the first woman in New Zealand to gain her Civil Trades Certification leading the way for women working in the infrastructure industry.

Since the launch more than 250 workers in the sector have completed the qualification and all of them have been men, until now.

Pearl Jury, civil operations manager for Gair Contracting in Napier, recently completed her CTC, which is backed by more than 15 years’ experience in civil sector. It was completely worth it, she says.

“I’d definitely recommend it to other people. It means clients can see really easily what you and your team can do. I think it will get to the point where everybody has to do it.”

Connexis developed CTC, in conjunction with its Industry partners, so the infrastructure industry would have standardised, nationally recognised qualifications.

Connexis board chairman Brian Warren, also the chair of the Civil Trades Certification Board, says it’s fantastic to see women starting to be represented in the qualifications process.

“It’s incredibly important to the industry that we address the gender imbalance within it. Seeing women like Pearl be successful, not just in gaining CTC, but in being highly respected in the industry.”

For Pearl, working in a male-dominated line of work hasn’t always been a bed of roses but, “I always gave as good as I got and in the end we all just got on with the job”, she says.

And now, of Pearl’s two sons and one daughter, it’s her daughter that has followed in her footsteps to work with heavy machinery in the civil contracting sector.

Gair Contracting is one of the few civil companies in the country run by a woman – Bailey Gair. Bailey is also a councillor on the national executive of Civil Contractors NZ.

Pearl’s advice for other young women considering entering the civil contracting sector is to make sure they enjoy it, as she does. “It’s a solid, and well-paying option. You will get your hands dirty, you will have to work hard, so just make sure you love it.

“I think the best advice is to show you care. If you get the oldest machine to start with, just take care of it really well.  Do your job well, have a good attitude, be willing to learn.

“There’s absolutely no reason girls can’t do it and in the end, it’s really satisfying work to do. You can look back and see something you’ve created and feel really good about it.”

It was a career choice Pearl discovered by accident. After moving into town following 27 years farming, her husband Chris landed a job as a grader driver at Gair.  “I just happened to go in with him one day, and got on the digger, as you do, and started working. And that’s how it all started really.”

Despite her project management responsibilities these days Pearl can still be found driving a digger most days.

“I still just really love it.” And now she particularly loves passing on her knowledge and experience to the newcomers who start with the business. “That’s really satisfying. To see them come along and pick up the skills.”

Pearl decided to do her formal CTC at the suggestion of Gair Contracting general manager Richard Jardine.

Richard says it’s given him renewed pride in her skills and respect for her experience. “She’s so humble, it’s been great for her to really have her knowledge officially recognised. I know she teaches me new things all the time!”

He agrees it won’t be long before CTC is seen as a compulsory part of working in the civil trades sector.  “It’s just the best way for clients to get a clear picture of what our people can do. I think they’ll probably demand it eventually.

“It’s also going to be one of the best tools we’ll have to train and retain staff. It shows that we’re prepared to support our people and, with a skills shortage out there, that’s important.”

Brian Warren also backs that up saying CTC has crucial benefits to both employers and employees. “For employers it improves the productivity, efficiency and safety of the workforce, showcases their work for potential clients, and attracts good staff.

“For employees it provides a career path, the potential for higher income and recognition of their skills.”

He adds that having CTC in place also elevates the infrastructure sector overall.

“It means we can address the problems of an ageing workforce, and a skills shortage, while making sure our people are fully equipped for the demands of the work.”