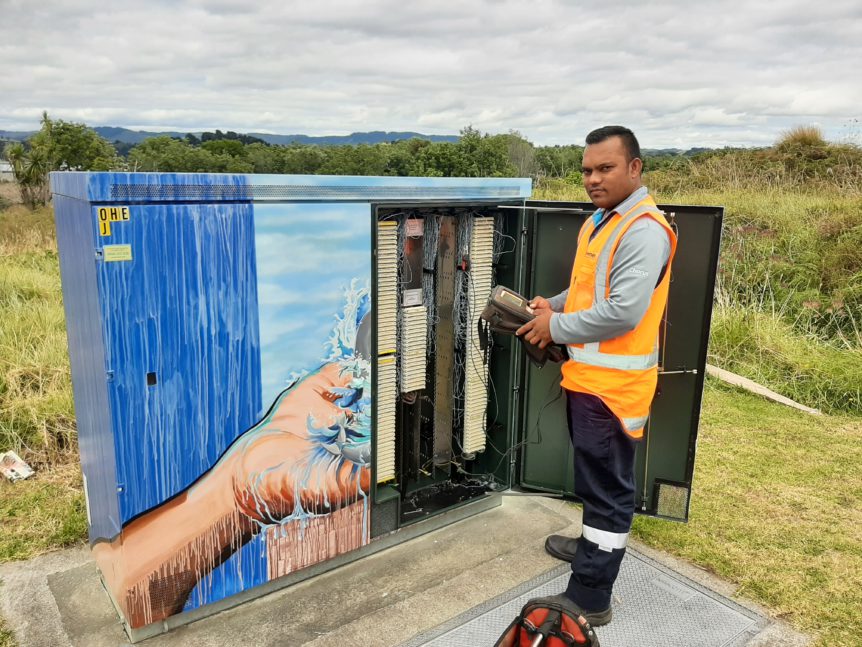 Telecommunications Trainee of the Year

No two days are the same for Sanil Prasad.

The trainee telecommunication technician with Downer in Whakatane spends his days working through the Eastern Bay of Plenty, from Matata to Hicks Bay, repairing faults, locating cables and installing both copper and fibre cabling.

Sanil has been nominated for the Connexis-sponsored Telecommunications Trainee of the Year category in the Connexis Industry Excellence Awards by iSkills trainee coordinator Anthea Mallasch who says his work ethic and enthusiasm make him a standout employee.

As a sole telco technician in Whakatane for Downer Sanil has to be focused and self-motivated, not just in his work but in his study, she says.

“He is always wanting to do his best for his company, and is always looking to expand his knowledge and experience to complete tasks more effectively and efficiently.”

Sanil has recently completed his NZ Certificate in Telecommunications (Copper Strand) Level 3. In 2022 he will be training toward his Fibre Optics Level 3, wanting to become an all-round telecommunications technician.

Sanil started his telecommunications career in Fiji before moving to New Zealand in 2017. He’s been at Downer Whakatane since 2019.

His work in the Bay of Plenty often includes long hours of driving and having to communicate well with a wide range of different customers, which he excels at, says Anthea who adds that Sanil is also extremely enthusiastic and committed to his training.

He is always looking for ways to advance his knowledge, says Anthea, and Sanil is an exceptional team player, even though he works a lot on his own. He encourages other trainees that they can achieve whatever they set their mind to, telling them “if you put in the hard yards, you will reap the rewards”.

The Connexis Industry Excellence Awards are a recognition of the hard work, dedication and expertise it takes to succeed in the industry. They will be held online on Monday 6 December from 7pm. They will include a keynote speech by Minister for Infrastructure and Deputy Prime Minister Hon Grant Robertson and will be hosted by broadcaster Jason Pine.