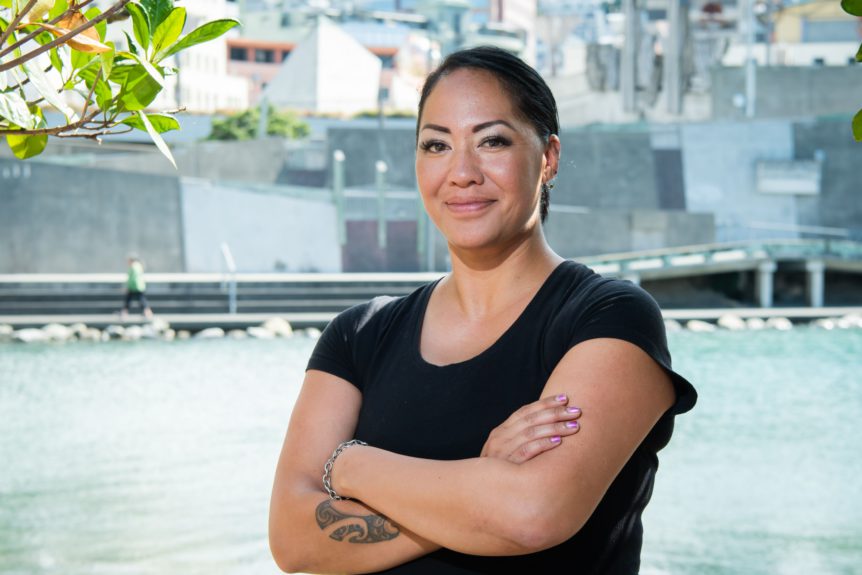 Katareina Kaiwai wants change. And what this determined young Māori woman wants, she tends to get.

As one of the few female business owners in Civil Construction in the East Coast region, based in a remote town two hours north of Gisborne, she is a champion of women, her industry, and her region. Where there is, she believes, underinvestment and a breakdown by decision-makers to understand the needs of this rural north eastern corner of the North Island, Kat sees opportunity and a chance to provide local solutions to local problems.

New to the Connexis Ultimit Ambassador programme in 2021, Kat completed her apprenticeship in Civil Infrastructure at the end of last year after starting in the industry 12 years ago. Before that, Kat was a self-proclaimed “pen pusher” in Wellington.

Family eventually brought her to Gisborne and her entrance into Civil Infrastructure, working in the Fulton Hogan offices. After three years, Kat’s interest in the industry had grown and she was no longer satisfied with her desk job. She asked for a position in the field and was told to “start at the bottom” as a traffic controller.

She did not take long to work her way up though, and after 7 years embarked on a NZ Apprenticeship in Infrastructure Works (Civil).

To her Connexis Customer Service Account Manager (CSAM) Grant Radovanovich, Kat stands out. For one thing, she did not just do an optional strand of her qualification; she did all four. Working with Kat through the four years of her qualification, Grant describes her as a “rock star” who succeeded despite the circumstances.

“She has bounced around a few companies due to [them] closing down, losing contracts. She also had a baby and…[set] up her own company.”

Kat is now Managing Director of Tairāwhiti Contractors and employs around 20 people, all from the local area and new to the roading industry. Her focus from the start has been to bring people into the industry and train them up, rather than “poaching” them from other Civil firms. That way, Kat hopes to fill a regional skills gap and provide jobs and capabilities beyond forestry and farming.

Kat sees industry training as the key to building her business and unlocking opportunities in the region. By investing in her people, training them up from the basics of traffic management, to maintenance, and eventually road contracting, she says she can expand the competencies of her business and do work that usually requires crews to come in from outside the region.

Although Kat had earned her tickets to work on much of the heavy gear used in road maintenance, embarking on a Civil apprenticeship was a new level of on-job training for her. It was not easy, she says, fitting training in between work and family life. There were many late nights and weekends, she says, and some extensions to deadlines.

Kat credits her success to her CSAM Grant. “His support was the biggest thing. He’d put the pressure on, saying “tick tock tick tock”. That’s what I needed.”

Earning her apprenticeship was a proud day for Kat and her family. Once the tears dried up though, she was looking for her next challenge and has now set her sights on becoming a trainer herself.

Kat’s preference for training up her staff over recruiting experienced workers is more than just about building local capabilities. She wants “fresh blood” in the industry, to bring diversity and new ideas. This includes a focus on hiring women.

Nearly a quarter of Kat’s 20-strong staff are women and she says they bring real benefits to her business. She firmly believes women are just as capable as men and they offer a fresh perspective which often results in greater efficiencies. “They often seem like they’re doing jobs slower; not in a mad rush like the guys often are. But they plan things out, find quicker ways of doing things, and often get them done just as fast.”

Would she recommend Civil Infrastructure as a career to other women? “Absolutely,” Kat says. She says she loves her profession and the ability to make things out of earth. “I used to just see a road but now I see all the many components of it.”

She also emphasises the many career paths open to people in the industry. “You can go anywhere.”

Kat does not imagine her seven-year-old daughter will follow her into the industry though. “She wants to be a princess,” Kat says.