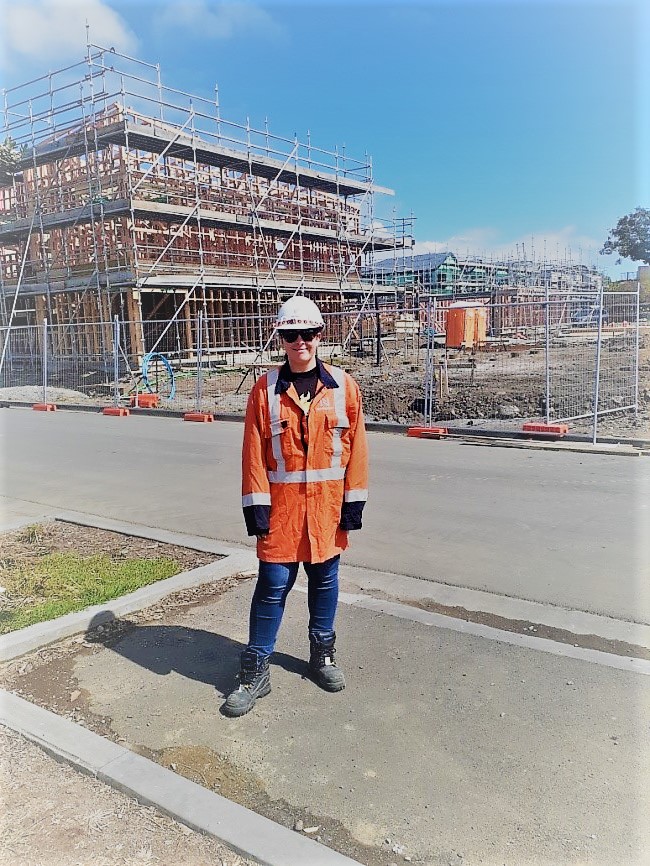 When Robyn Dawes qualified as a cable jointer for Northpower in 2013 at age 25, she was one of the first two women in Northland to do so.

She was also one of the first to get qualified with her NZ Certificate in Electricity Supply (Cable Jointing High Voltage) under the Ultimit – Women in Infrastructure initiative; launched by Connexis in 2011 to encourage women into the Electricity Supply Industry (ESI).

Nine years down the track, Robyn, now based in Auckland, is still working in the ESI and still with Northpower. She has recently taken a “step up” in her career, becoming a Design Estimator for larger projects including subdivisions.

Her entry into the sector was as a trainee “linesman” in Dargaville, when she saw a job advertised in the Northern Advocate, specifically requesting that women apply. Having struggled to find work in Northland despite having an IT degree, she decided to apply after a nudge from her dad.

“IT seemed pretty saturated at the time. You don’t have that issue in this industry.”

Her father was the one who finally convinced her, reassuring her that she could always leave if she was not enjoying it.

Instead, she found her passion. Not high above the ground on the overhead powerlines, but as a cable jointer, responsible for maintaining underground cables.

“I thought there were more opportunities in cable jointing, plus I was scared of heights and I just never got over that,” Robyn says.

“I prefer to have my feet on the ground.”

Female cable jointers are still quite rare but Robyn says she has never had issues with any of the men she works with.

“They treat you just the same; you’re just one of them. They call me ‘sis’.

“I think it helps that I just treat everyone the same. And I’ve never had a problem getting covered in dirt on the job or stuck in.”

Robyn says it can be funny confounding people’s gender expectations. She tells a story about working on a roadside transformer box.

“When I stepped out this drunk lady said: ‘Holy shit, you’re a woman! Good on you girl.’.”

All the same, Robyn says it does help knowing other women in the field who can provide support and she can have a “bitch and a cry” with. She says those women have become amazing friends.

These days, estimating pricing for larger connection projects, Robyn splits her time 80:20 between being in the office and out in the field. Though she has been in the ESI for several years now, she says there are still barriers to women entering the trades.

“It does need a bit of shake-up. Women are more than capable but…they go to uni instead because they haven’t even heard about trades,” she says.

That is a shame she says, because many of the men she has worked with see the benefits of having more women on the job.

“They say they’re nicer to work with, more detailed and less messy on the job, and they balance out a crew,” she says.

“The wages are good. You just have to be able to laugh at yourself and don’t take things too seriously. And you have to be prepared to start at the bottom and work your way up.”